ʕ •ᴥ•ʔ welcome to otsukarepanda~
this is where i'll be posting (mostly?) subbed arashi videos and lyrics translations (including non-arashi). i'm hoping that opening up a community will somehow push me to be less lazy, haha.

i want to make joining as easy as possible, so the only thing i ask of new members, is to please read and follow the rules. thank you~

rules are subject to change at any time... because i'm really fickle and indecisive. ;;

i generally don't reply much, but i do read every single comment c:

sidenote: all the panda gifs come from shirokuma cafe, a slice-of-life anime and one of my all-time favourites. it's hilarious and adorable, and everyone should watch it.

☆ due to there being a rulebreaker in the community, membership is currently closed. ☆

i will post a notice when it's open again, so please do not message me about it.

it's not much, but... here's a tiny, last-minute sub i put together for arashi's 20th anniversary. a little late unfortunately, because my laptop wouldn't cooperate :/ 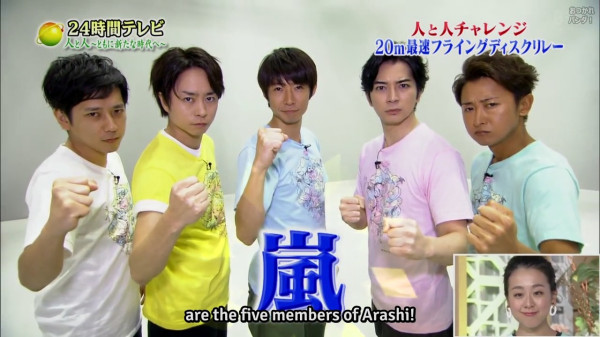 anyway, happy 20th anniversary to my favourite guys in the entire world, who make me smile and go heart eyes every day. y'all are idiots, and i hope you'll always stay that way. ♥

random, but i kind of assumed "flying disc" was one of those english terms japan just made up, but apparently it's not. also, frisbee is a brand name, like kleenex. huh? the more you know. i always learn something new during subbing, haha.

- rules
- please let me know if i made any mistakes!

ignore the broken background pic in my layout... i'm lazy, i'll fix it some other time, lol. 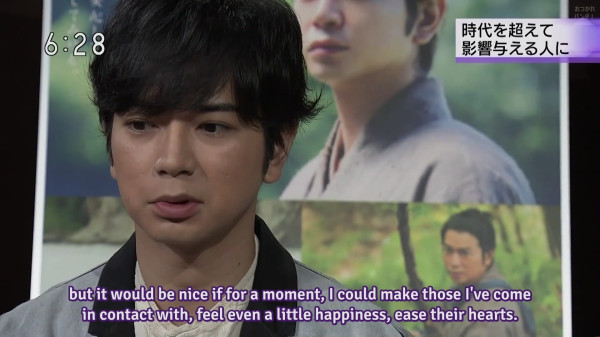 honestly, i meant to post this along with the drama itself, but i forgot i subbed it, lol. just a little interview jun did with hokkaido tv.

- rules
- please let me know if i messed up somewhere :v 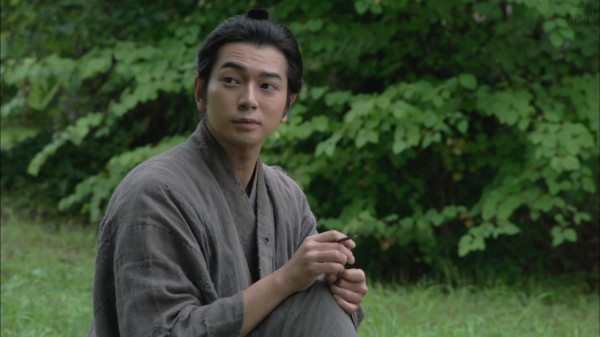 i didn't realise it had been so long since i'd released a sub... oh well. here's jun's historical drama sp, eien no nishipa. i initially enjoyed it even without subs, but it's when i rewatched it (translating it along the way) that i could really, fully appreciate it, so i hope you'll enjoy it, too. (seriously, i *love* takeshiro!jun. or takejun, as i call him.)

there's roughly four minutes of background info on matsuura takeshiro at the end that i didn't translate, but i forgot to cut it out... it didn't say much new, but i added the couple things that i thought were relevant to the translation notes (which also include some ainu words that i'd decided to leave untranslated in the drama, as well as some other stuff that might need explaining).

- special thank you to

tronella who allowed me to badger her with questions :D she did her own translation and posted softsubs here, for those who prefer softsubs
- post will stay public for the time being
- please still follow the rules
- if i've made a mistake in the translation, let me know ;;

i have so many feelings towards this song. it's like a love song from the members to one another, a thank you song to the fans, as well as a farewell song somehow (yikes! sorry). i haven't seen the booklet, but from what i found, the kanji lyrics actually spelled "homies" as "hommies". i fixed it here though, sorry sho.

so i meant to release this on jun's birthday, but then i encountered some timing issues (...i had to redo it completely), and i started nitpicking as usual, so here we are, over a week later. sorry, jun. still, happy belated birthday to my favourite cat! ;v; ♥ and since arashi's anniversary is around the corner, let's also consider this an early celebration post, haha. happy 19th anniversary to my favourite dorky manband! ♥ 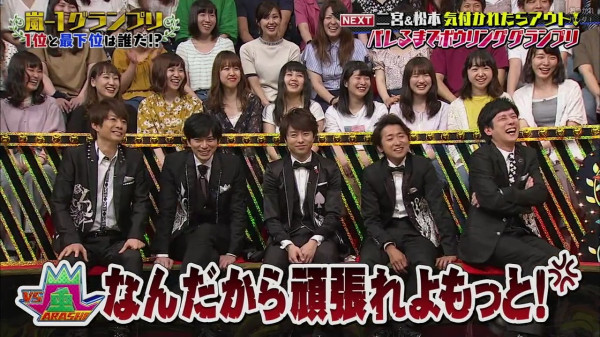 (currently) my favourite b-side on the natsu hayate single. ♥ the lyrics are so lovely, bittersweet and a little melancholic, maybe? i just love the entire rain and umbrella metaphor. plus, the vocals are just gorgeous.

i have to admit i struggled with this translation, though. partly because it's been ages since i last translated lyrics, and partly because i found it a little difficult turning them into pretty english. i'm still not really happy, haha ;; feel free to let me know if you interpreted things differently, or if you have suggestions on how to rephrase certain lines, lol.

this is the masterpost for subbed videos. the lyrics masterpost can be found here.

i'll try to keep this up to date, but i'm a little lazy about these things.

to anyone who might have downloaded bokura no jidai in my previous post, i made a translating mistake and reuploaded a new version, so you can replace the old one. sorry for the inconvenience!

how good is this song? it has such a catchy rhythm, it just makes me wanna dance. not to mention all the high/low harmonizing sounds super nice ;v; sugar~
Collapse